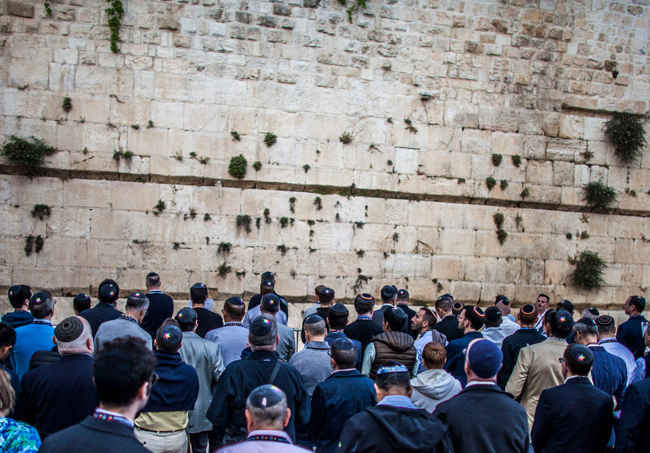 The Israeli government’s decisions on Sunday, June 25, to (1) suspend a plan to create a platform for egalitarian and progressive Jewish practice at the Western Wall and to (2) advance legislation granting the ultra-Orthodox a de facto monopoly over conversions to Judaism in Israel were met with anger and disappointment by a number of American Jewish organizations, including Jewish Federations of North America (JFNA), the Reform and Conservative Movements, and the Jewish Agency for Israel (JAFI).

The plan to build a permanent prayer pavilion for non-Orthodox worshippers was approved in 2016 through a compromise shepherded by JAFI Chairman Natan Sharansky after four years of negotiations. The Jewish Agency on Monday passed a resolution calling on the Israeli government to rescind its decision on the egalitarian prayer pavilion and condemned its advancement of the conversion legislation.

Critics of the Israeli government’s decision to halt the plan say that the move deals a serious blow to Jewish unity and contradicts the spirit of Zionism.  Expressing a sense of betrayal, many said they feared relations between the Israel and the Jewish people would be greatly harmed and that millions of Jews would feel a diminished connection to Jerusalem.

The push to shelve the plan was led by ultra-Orthodox members of the government, who threatened a coalition crisis should the plan move forward. Shas leader Arye Deri claimed that the plan would have harmed the “sanctity of the site.”

In the interest of communication and education, we want to share informational resources with you as the Jewish world struggles to understand the implications of the situation.

Following are mainstream news articles about the latest developments:

Below is a statement by JAFI detailing their position that Sunday’s actions by the Government of Israel, suspending the Kotel resolution, represent a severe threat to Jewish unity: