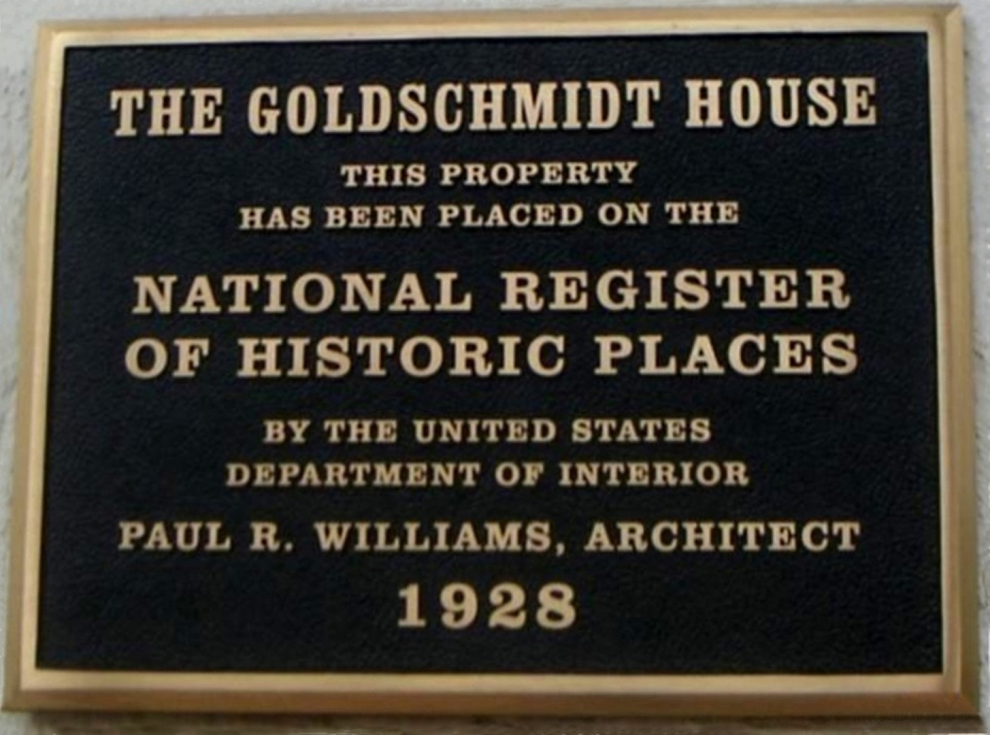 In the 1920s, the land that is now the town of San Clemente was owned by German Jewish immigrants (and brothers) Herman and Max Goldschmidt. Their LA liquor business, Goldschmidt Bros., was highly successful, and they had purchased the land in 1906 in order to plant vineyards. The venture failed, and Herman’s son Adlai negotiated the sale of the family land to Ole Hanson, founder of the “city by the sea.” Adlai saved 2/3 of an acre for himself and in 1928 he hired a rapidly rising young African-American architect, Paul Williams, to build his Spanish Colonial Revival-style home. Now known as the Goldschmidt House or Casa Tres Vistas (because of its magnificent views of the ocean), the home is a San Clemente landmark and has been listed on the National Register of Historic Places since 2004.