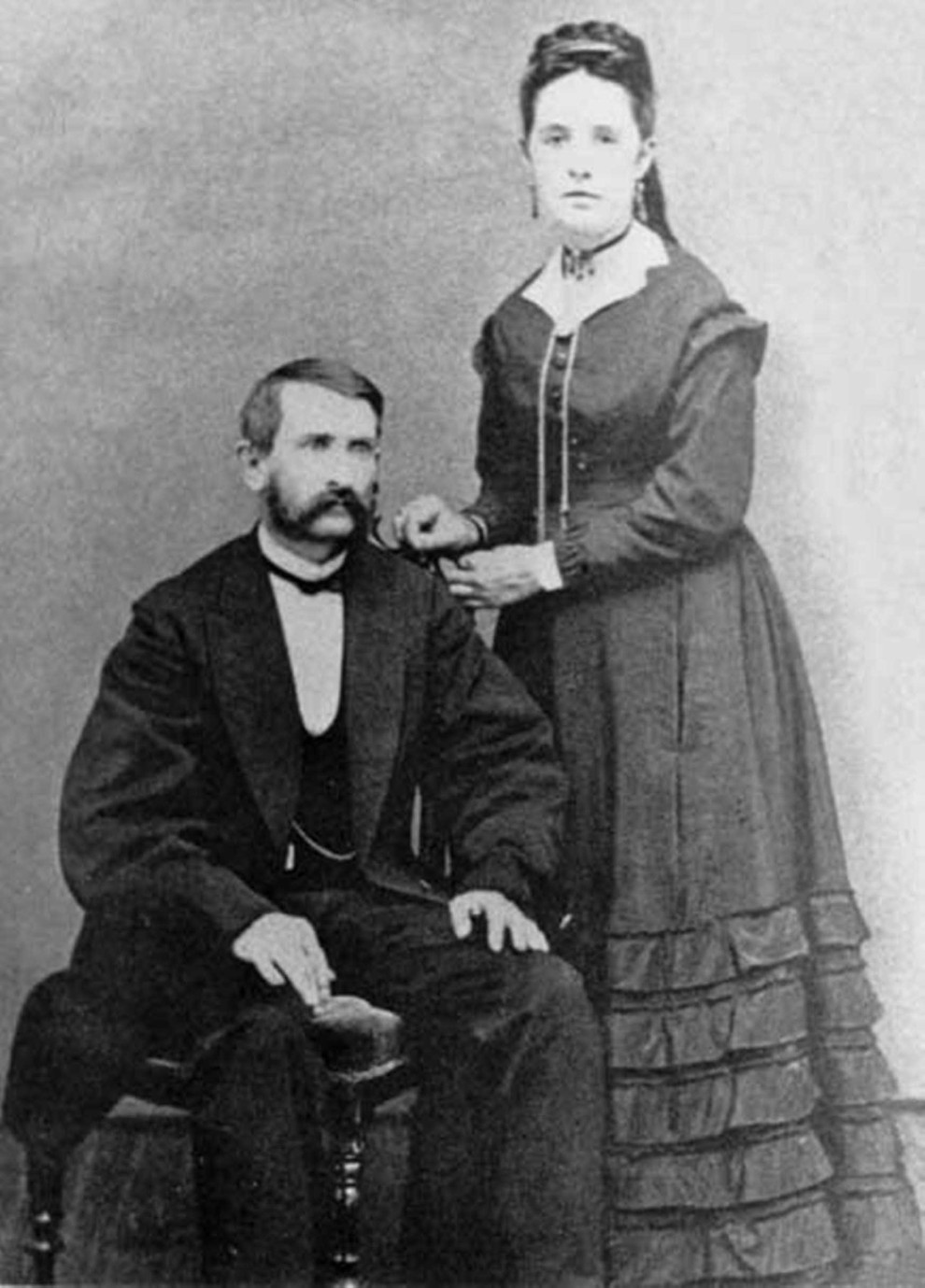 Morris Herschkowitz, born in Lautenberg, Germany in 1836, is pictured here with his wife Johanna shortly after they married. The two raised eleven children together, all of whom emigrated to California and settled in Orange County, San Bernardino and San Francisco. Except for the oldest son, who was a doctor, the family name was changed to Harris, and three of the brothers founded the well-known Harris Company department stores. Morris and Johanna and their two youngest, Regina and Arthur, immigrated in 1892 and moved to Santa Ana to be near daughters Emma Goldsmith and Ida Asher and sons Philip and Herman Harris. On the journey over, Morris hand-carried a small Torah with him, which today is in Temple Emanu-El in San Bernardino. Unfortunately Morris died shortly after arriving, in 1896, but the strength of character and commitment to Judaism he and Johanna passed down continues to live on in their many descendents.