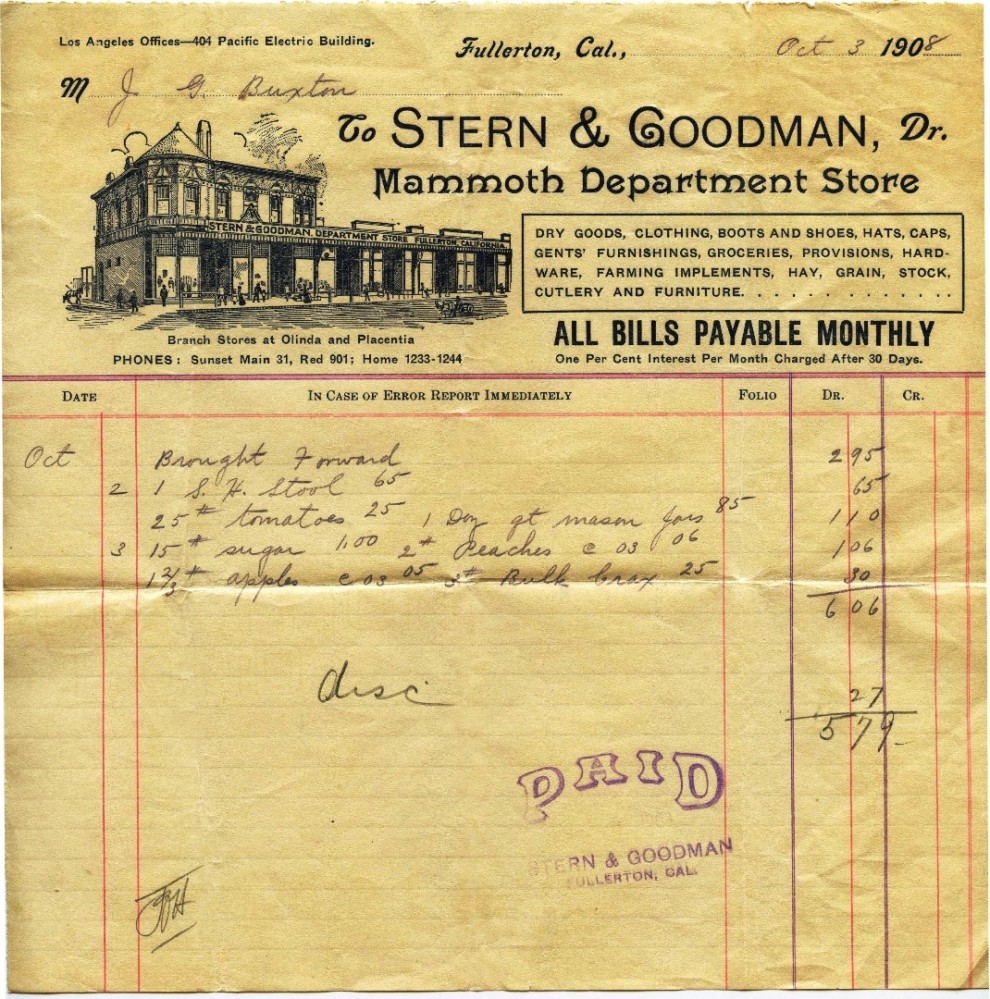 The 1908 invoice shown here is for the Stern & Goodman store of Fullerton, which was opened in 1898 by German Jewish immigrants (and cousins) Jacob Stern and Joseph Goodman. The original store grew to almost an entire city block, as can be seen in the etching on the invoice, and the company was so successful that it opened five other branches, thus becoming California’s first chain store. To thank their many customers, the store would hold a barn dance every spring to which everyone in Orange County was invited. The invitation was worded “Remember – everything is free of charge – without money and without price.” The annual event, held in a big building near the train station, was attended by hundreds.