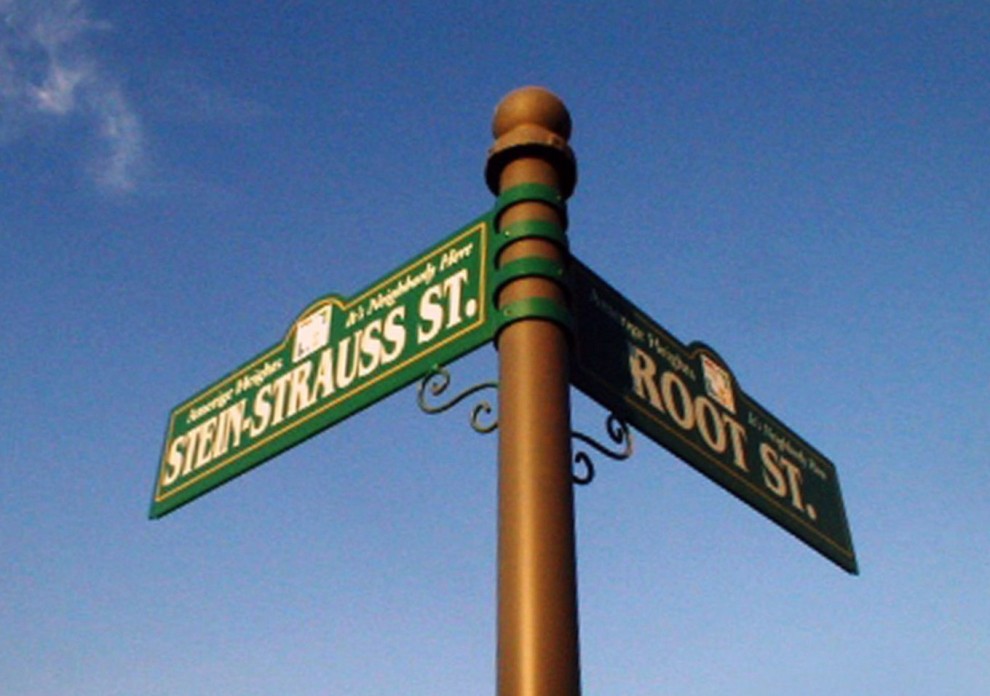 Felix Stein and Fred Strauss were German Jewish immigrants who immigrated to America as teenagers in the early 1900s, eventually making their way out west to Fullerton. Both found work at Stern & Goodman Mercantile, and in 1918 Stein purchased the store from the original owners. Strauss, meanwhile, had opened up his own shop around the corner; in 1925 they merged and started the Stein-Strauss Company. Located at the corner of Spadra (now Harbor) and Commonwealth, it remained in business for 45 years, until 1970. Because it was such a landmark, and because Stein and Strauss were respected Fullerton pioneers, a street in Fullerton is named in their honor.