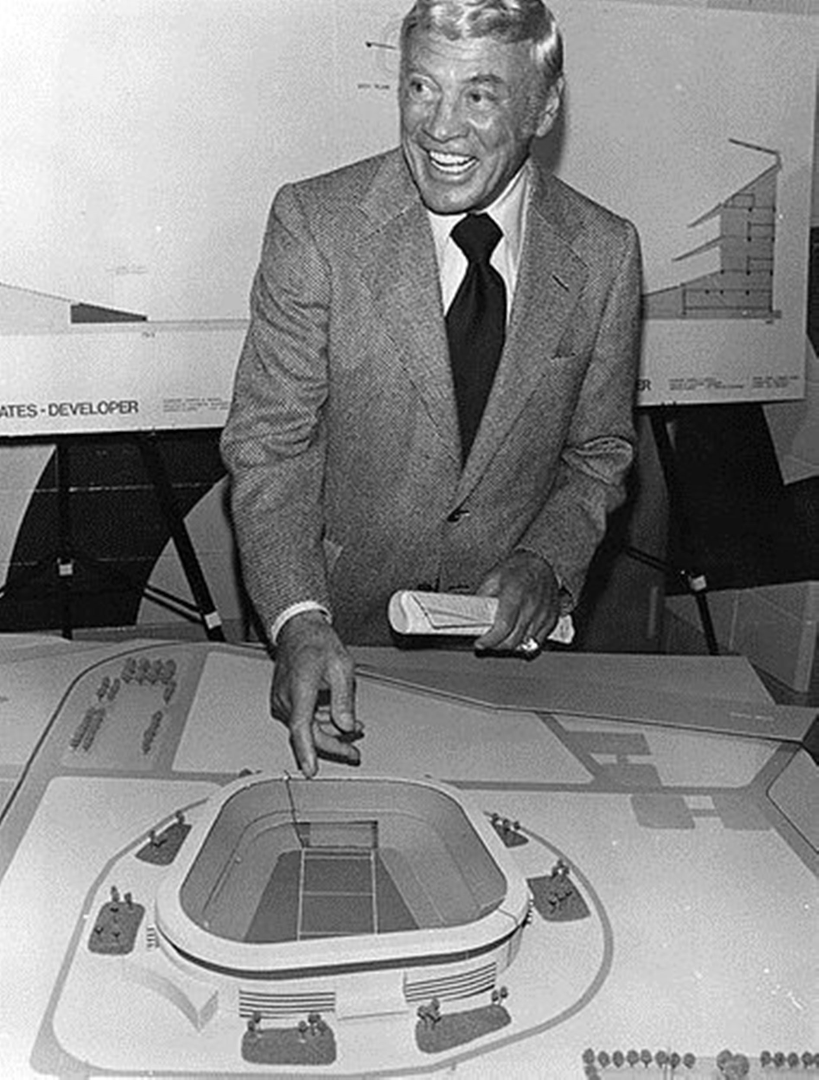 Businessman Carroll Rosenbloom, owner of the Baltimore Colts and then the Los Angeles Rams, amassed the best ownership winning percentage in NFL history at that time. He was born in Baltimore in 1907 to Russian Jewish immigrants Anna and Solomon Rosenbloom, the eighth of nine children. His father started a successful work-clothing manufacturing company and Rosenbloom followed suit. In 1978, Rosenbloom announced plans to move the Rams to Anaheim Stadium. He wanted a more modern stadium and the Coliseum and Dodger Stadium refused to accommodate him, even though he was willing to foot the bill himself. Anaheim, on the other hand, actively courted the Rams and agreed to pay for the stadium expansion. Sadly, Rosenbloom died in 1979, shortly before the move was made, but the Rams called Anaheim Stadium home from 1980-1994.

Photo Caption: Rosenbloom with a model of the multi-use Anaheim Stadium