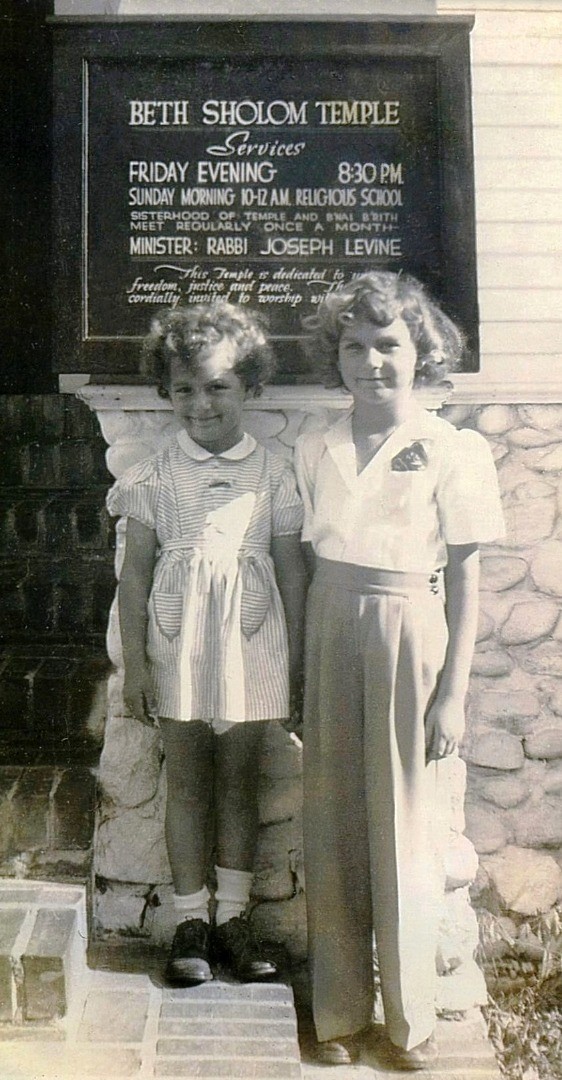 Three year old Rosamund (Pat) Robbins and her seven year old sister Liurette stand in front of Temple Beth Sholom, Orange County’s first synagogue, in 1945, when it was located at 8th and Bush Street in Santa Ana. According to the sign behind them, there were no services on Saturday mornings and the “Minister” was Rabbi Levine. The family had just joined the temple and the girls were posing for their mother Rosalind, who was pregnant at the time. Younger sister Lu Ellen, born in December of the same year, became the first baby named at TBS. In keeping with family tradition, when Liurette married in 1958, she was the last person to do so at the Bush street location.