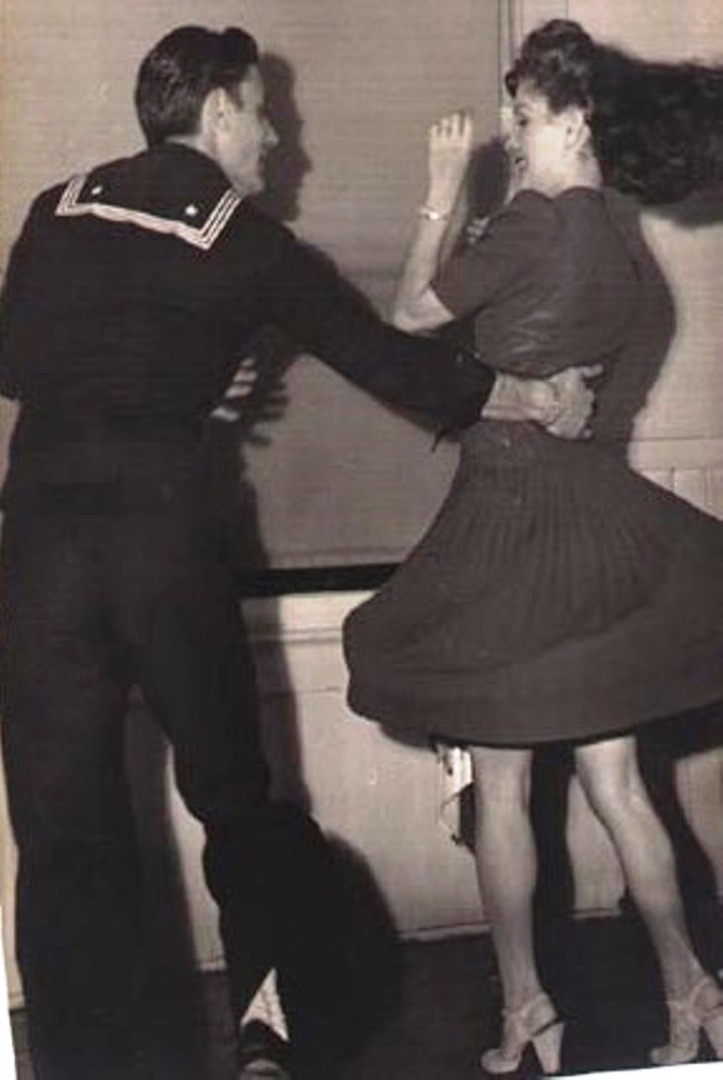 Maxie Dorf, one of the giants of Swing, was widely acclaimed as the "King of Balboa." Born in New York in 1921 to Joseph and Rose (Greenberg) Dorf, he moved with his family to Los Angeles four years later. At the young age of 17 he became part of the legendary "Big Four" swing dance troupe, appearing in several films with Mickey Rooney and Judy Garland, and regularly playing one of the talented teenagers who could always be counted on to "put on a show" in the Andy Hardy films. The Balboa, the dance step that originated at the Balboa Pavilion in Newport Beach in the late 1920s, swept across the country in the 30s, and Maxie is considered by many to be the greatest Balboa dancer that ever lived. During WWII and the Korean War, he served with distinction in the Navy as a combat photographer; after the wars, he went back to dancing, and in the 70s he started teaching. He made significant contributions to the Balboa’s comeback in the 1980s, and continued to dance until his death in 2000.