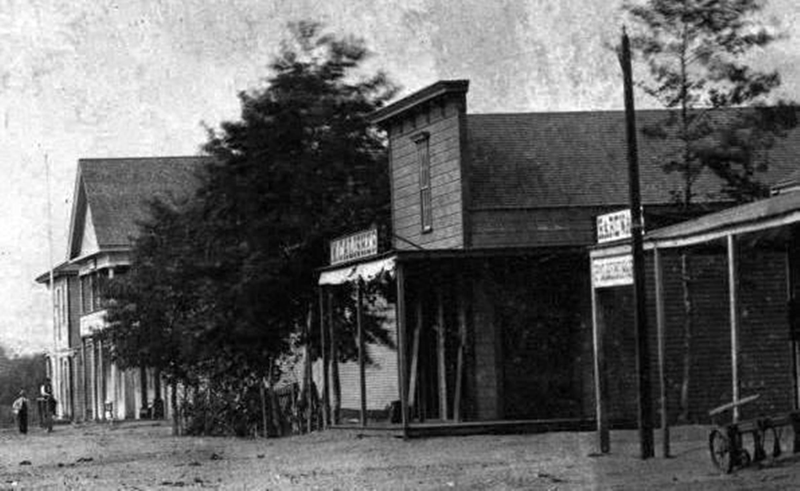 Moritz Calisher, born in Prussia in 1826, immigrated to the U.S. at the young age of 19. Listed as a peddler, he was typical of the many Jewish men fleeing anti-Semitism and limited opportunities in their countries of birth. Arriving in New York and working his way out west, he met and married Frances (née Jacobs) in 1853 in San Bernardino. Ten years his junior and originally from England, Frances (known as Fanny) was a good match for the enterprising businessman, whose name changed over the years from Moritz to Morris and, finally, to Martin. The couple went on to have nine children, born everywhere from California to Nevada to New York and back again in California. For a period of about eight years, Martin ran a successful dry goods store in Anaheim, seen at center in the photo. Located directly across from the Planters Hotel, the business was perfectly situated to cater to the many visitors conducting business in the booming city. Martin and Fanny later settled in San Francisco, where their sons continued to run the family business.