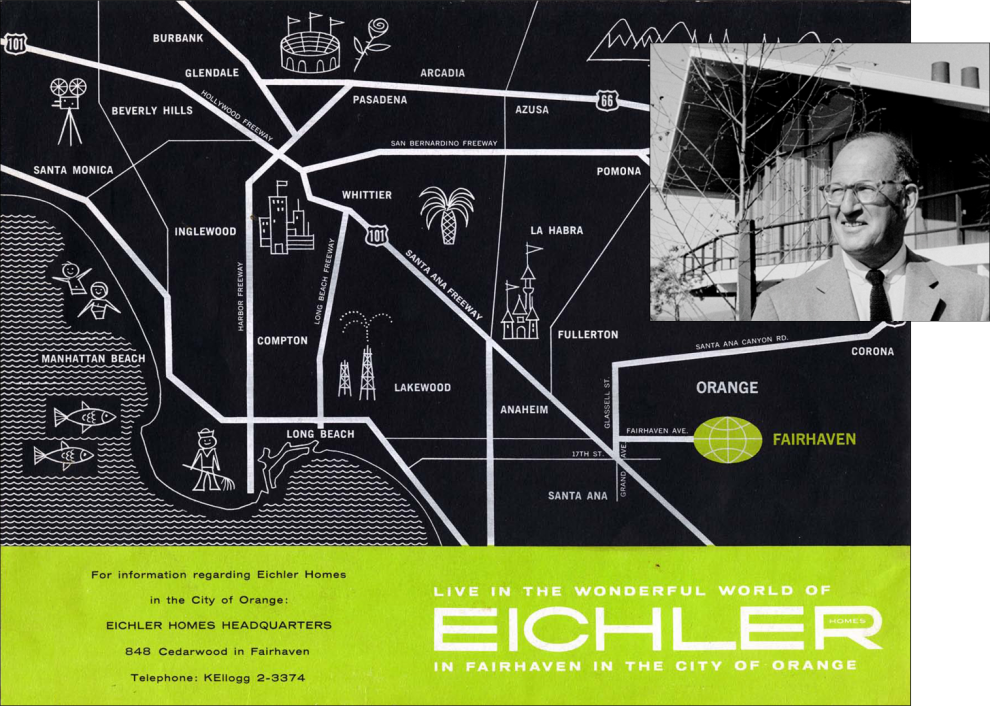 Born in New York City in 1900 to a Jewish immigrant family, Joseph Eichler graduated from NYU with a business degree and later moved with his family to San Francisco. There, he launched a career as a home builder after World War II, and soon became famous for building architect-designed, mass-produced homes at affordable prices, something unheard of at the time. Close to 600 “Eichlers” were constructed here in Orange County: the Forever Homes tract in Fullerton, and the Fairhaven, Fairmeadow, and Fairhills tracts in Orange. A strong proponent of fair housing and deeply opposed to racial discrimination, Eichler was the first large scale tract builder to sell to minorities, including African-Americans. Noted for their simple facades, floor-to-ceiling glass walls, and large central atrium, well-maintained Eichlers are still in high demand today.