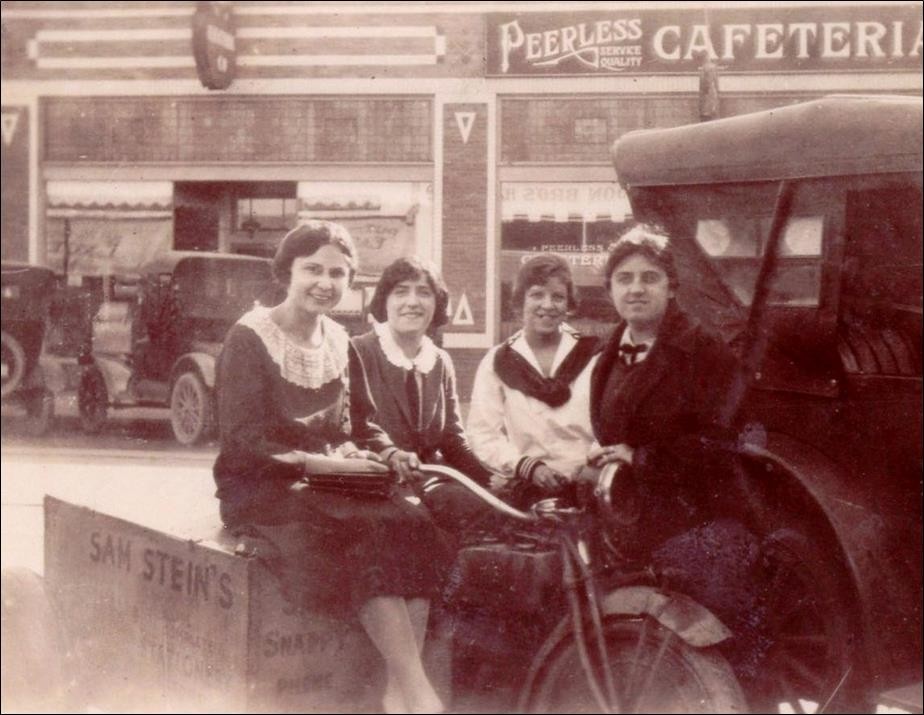 Betty Zirinsky, second from left, is enjoying hanging out with friends in this photo taken when she was in her early twenties. They’re seated on a delivery cart for Stein’s Stationery Store, famous for its tag line “Sam Stein’s… of course!), across from the popular Peerless Café. Betty was born in New York in 1905 to Russian Jewish immigrants, and her family moved to Santa Ana in 1913. She later married Don (David) Franks, who owned a liquor store in Anaheim. The couple had two children, Jerry, born in 1928, and Donna, born in 1934.