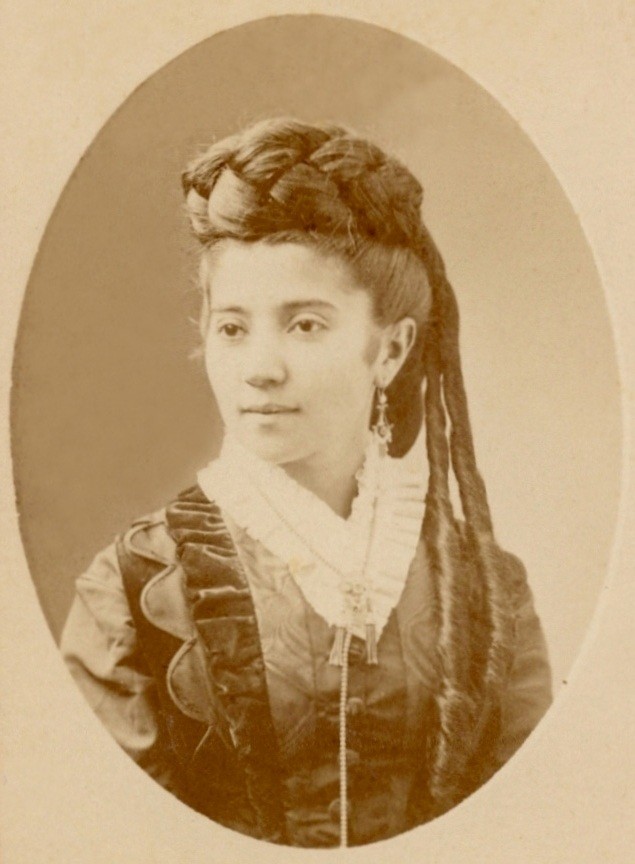 According to Leo J. Friis, author of “When Anaheim Was 21,” Helena Street in Anaheim is named for the beautiful young woman seen here, Helena Mendelson Davis. Born in 1857 in Kalisz, Poland, she was one of nine children who all eventually immigrated to the United States. She herself arrived in New York at the young age of 15 and followed her sister Rachel to California, where she met and soon married fellow immigrant Gustav Davis (originally Chorinsky). Gustav was in business with his brother Philip in Anaheim, where they operated a successful dry goods store and owned one of the town’s two banks. In 1878, with their business booming, the brothers built a multi-storied building on Lincoln Street and installed Orange County’s first elevator. As a California pioneer, Gustav’s biography is recorded in the Library of Congress, and when he was extended the honor of naming a new street in the city he helped to create, he chose Helena in honor of his wife. When Mrs. Davis died many years later, in April 1921, she left behind a lasting legacy of the Jewish contribution to early Orange County.