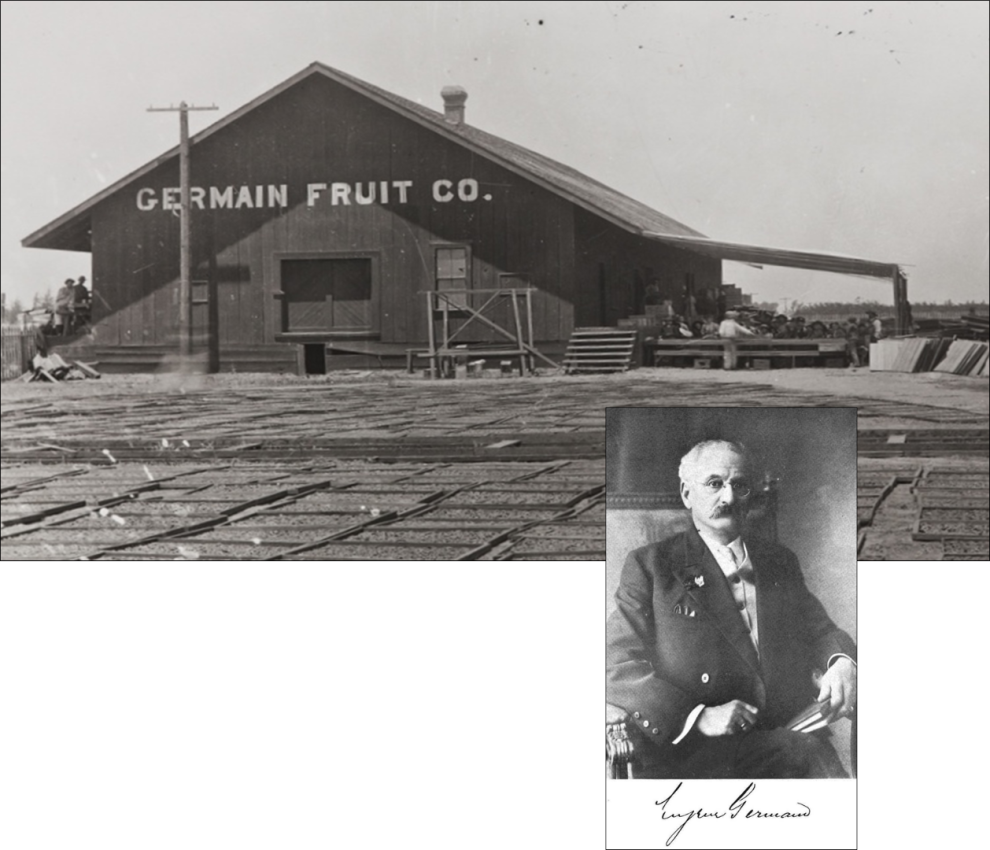 Eugene Germain was born in Switzerland in 1849 to a Jewish family and immigrated to the U.S. in 1868. He arrived on the west coast two years later and opened a restaurant, but soon became much more successful in the packing and shipping of produce. In the late 1880s he purchased a large lot in Santa Ana in order to build a packing house for his growing company. Located at what is now 701 E. Fruit St., the packing house, at its height, was the largest in Southern California. On June 29, 1895 the Los Angeles Herald reported that “The Germain packing house is a lively place just now. Fruit packing is being pushed to the extent of their ability.” The company operated in Santa Ana until 1900, at which time it was sold to another company and continued to function well into the 20th century.