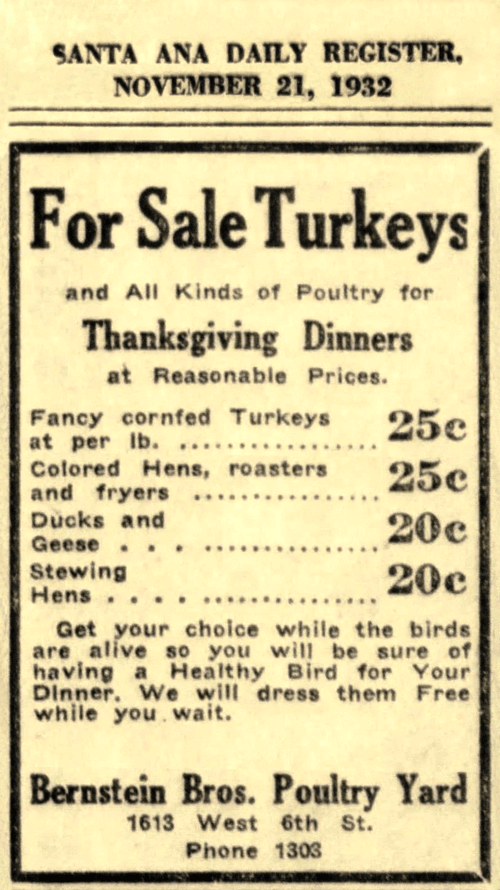 Most likely unaware that the headline indicated their Jewish Eastern European heritage, this ad, complete with Yiddish syntax, ran in the November 21, 1932 issue of the Santa Ana Daily Register. Phillip Bernstein started selling chickens and eggs in August of 1919 out of his garage at 838 N. Parton St. in Santa Ana, and when his brother Hyman joined him a year later, the company became the Bernstein Bros. Poultry Yard. They quickly grew out of the garage, and moved twice, first to a lot on 1st Street and then to a larger lot on 6th Street, where they remained for many years. After WWII they transitioned to only selling eggs, which they did until retiring in the 1950s. Many long-time residents still have fond memories of the Bernstein Bros. garage, where you went to purchase your fresh poultry, although if you wanted kosher meat you had to drive up to Long Beach for a shochet (kosher slaughterer). It wouldn’t be until the late 1960s that kosher meat would start to become available in Orange County.