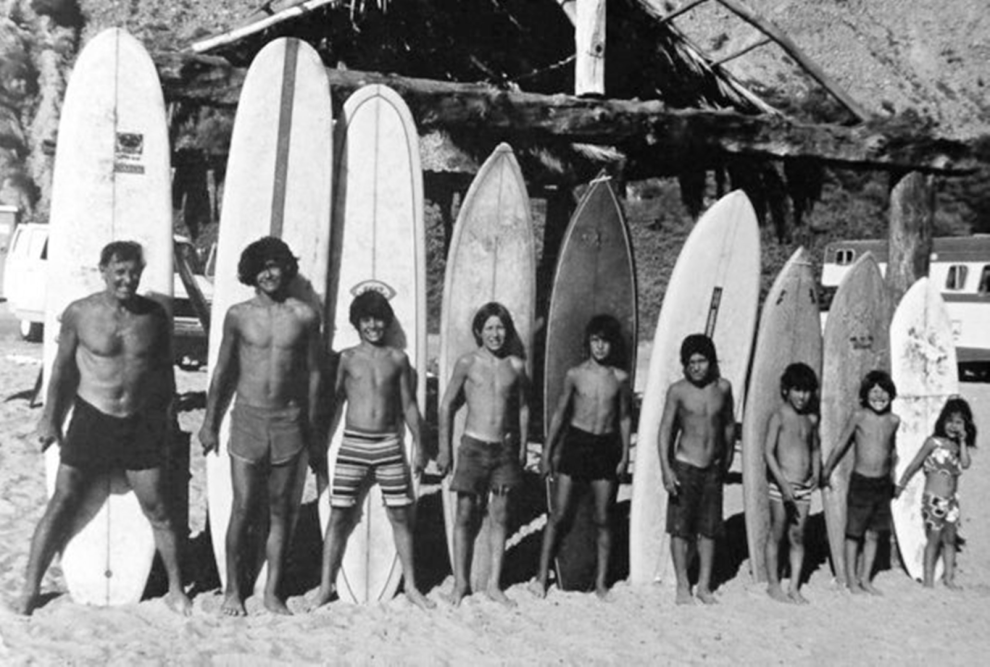 Born in 1921 in Texas to a Russian Jewish family, Dorian “Doc” Paskowitz was a Stanford educated physician who left the practice of medicine in 1956 to go to Israel for a year, where he lived with the Bedouins and introduced surfing to the young Jewish state. Upon his return, Paskowitz embarked on a nomadic existence with his wife Juliette and their nine children (eight sons and one daughter, all given biblical names), whom they raised in a 24-foot camper. The freethinking Paskowitz, who described himself as “devoutly Jewish,” wrapped tefillin every morning. The family observed the laws of kashrut, lit candles in their tiny camper every Friday night, and the boys all became bar mitzvah. Eventually, they settled down near San Clemente and opened a surfing school, which is still run by the family. His death last October in Newport Beach at the age of 93 was deeply felt in the surfing community.