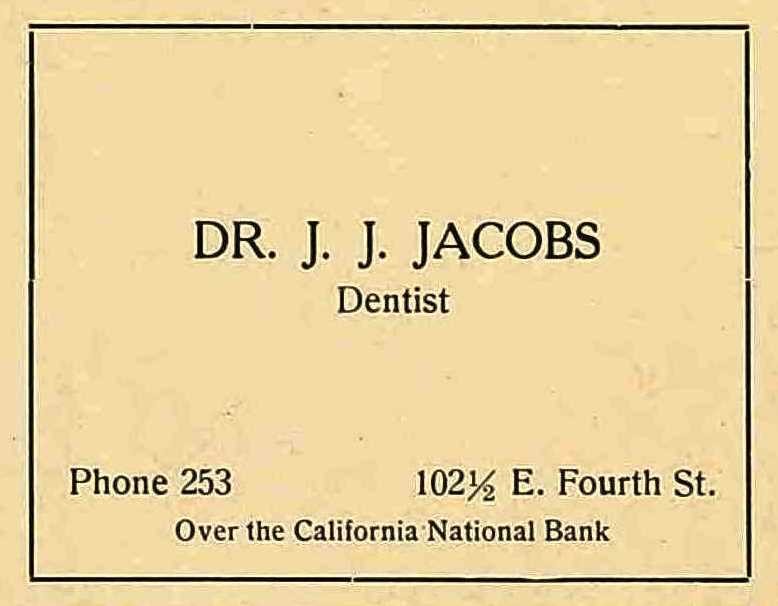 Julius Jack Jacobs (otherwise known as JJ) was born on June 24, 1886 in Nappanee, Indiana, the youngest child of Russian immigrants Max and Golda, who had come to the United States in the late 1860s. He attended the University of Michigan and went on to become a dentist, establishing a practice in Santa Ana in the 1910s. Married in 1921, he and his wife Ruby had four children: Marvin, Goldie, Doris and John. He was one of a handful of Jewish doctors and dentists at the time; most of his fellow Jewish residents were businessmen. His office, located on the second floor at 102½ E. Fourth St., was on the corner of Main, and he worked there until his retirement. Today it is still in use as a dentist’s office.