Mrs. S. Hurwitz, known to her friends and family as Edith (née Nasatir), and her husband Sam were pillars of the 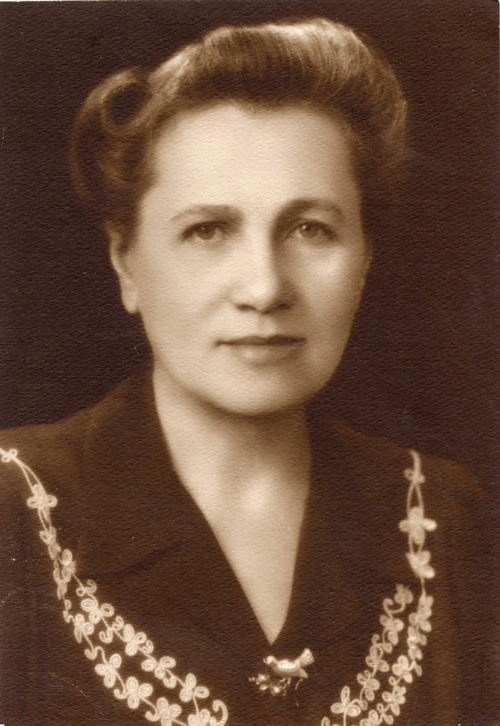 small yet vibrant Jewish community in Santa Ana in the first half of the 20th century. Sam owned Hurwitz Men’s Wear on 4th Street, and the couple were intimately involved in all aspects of Jewish Orange County. Edith remained an observant Jew her entire life, which was not easy at that time in Santa Ana. In order to have kosher meat, she would purchase a live chicken from Bernstein Bros. Poultry on 6th Street and then Sam would drive to Long Beach to have it slaughtered by a shochet. The Hurwitzs were instrumental in forming a short-lived synagogue and Hebrew School in the early 1920s, as well as Temple Beth Sholom in 1943. In the years between, when members of the Jewish community needed to celebrate a life cycle event, Edith and Sam would hire a rabbi from Long Beach and open their house for the service and celebration, while their daughter Lillian provided the piano accompaniment. The “Daughters of Israel” mentioned in the 1918 article was an early version of today’s synagogue sisterhoods, and it’s interesting to note that Edith served “Passover candies and cake” at the meeting, as the holiday was still going on and thus would have required Kosher for Passover food.