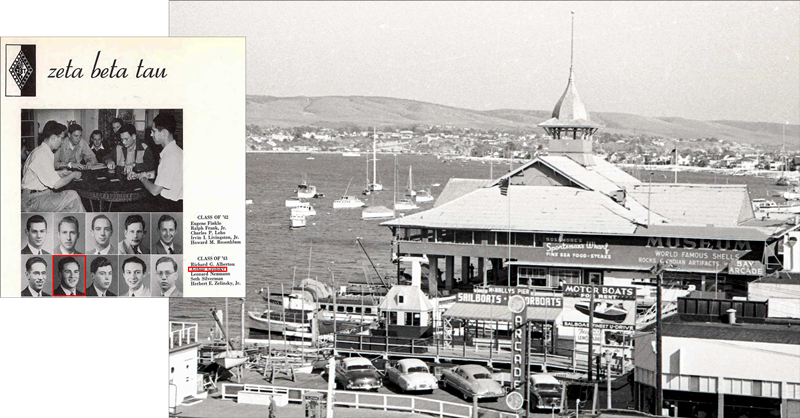 Arthur (Art) Gronsky was born Sept. 25, 1920 in South Pasadena to Roy and Ida Gronsky (nee Weingart), who had both been born in Texas to Eastern European Jewish immigrants. When he was eight, the family of seven moved to a beach house on the Balboa Peninsula, and it was here that Gronsky began his life-long love of fishing. After attending UC Berkeley, where he was active in the Jewish fraternity Zeta Beta Tau, Gronsky served as a machinist during WWII and then settled back in Balboa. His family purchased the badly deteriorated Balboa Pavilion in 1947, renovated the building, and operated it until 1960. A boater and businessman, Gronsky worked hard to preserve Newport’s history, and when he passed away in 2007, he was described as having “helped shape this coastal town.”