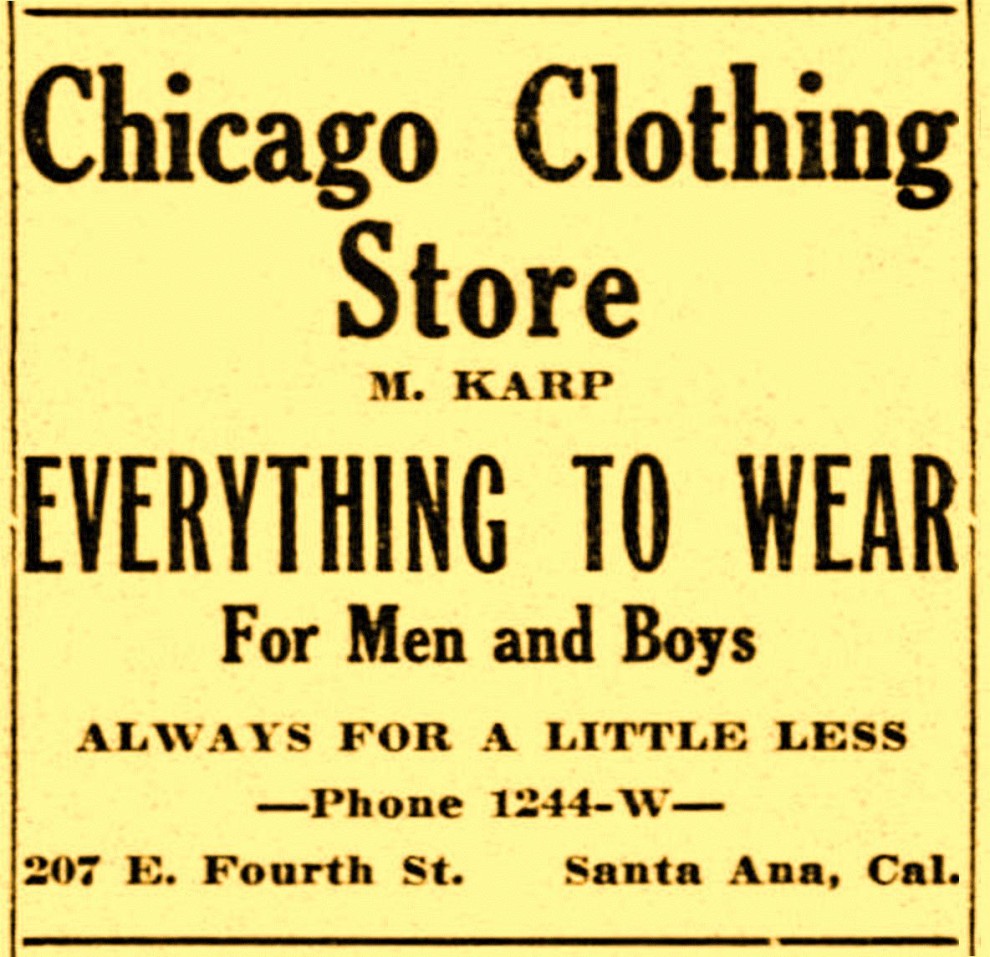 Max Isaac Karp was born in Kiev in 1875 and immigrated to the U.S. in the 1890s, along with his widowed mother Gittel and younger brother Abe. The 1900 census shows him living in San Antonio, Texas in the same neighborhood as fellow Jewish immigrant Mamie Raffee; by 1910 Max and Mamie are married and have two daughters and a son. In 1920 the family has settled in Santa Ana, where Max runs the Chicago Clothing Store, most likely purchased in 1915 from previous owner Morris Nasatir, another Russian Jewish immigrant. Later records show their daughters living in Los Angeles; Ethel married George Schneider and had a daughter, Rosanne, and Gertrude married Sam Rosen and had a son, Arnold.