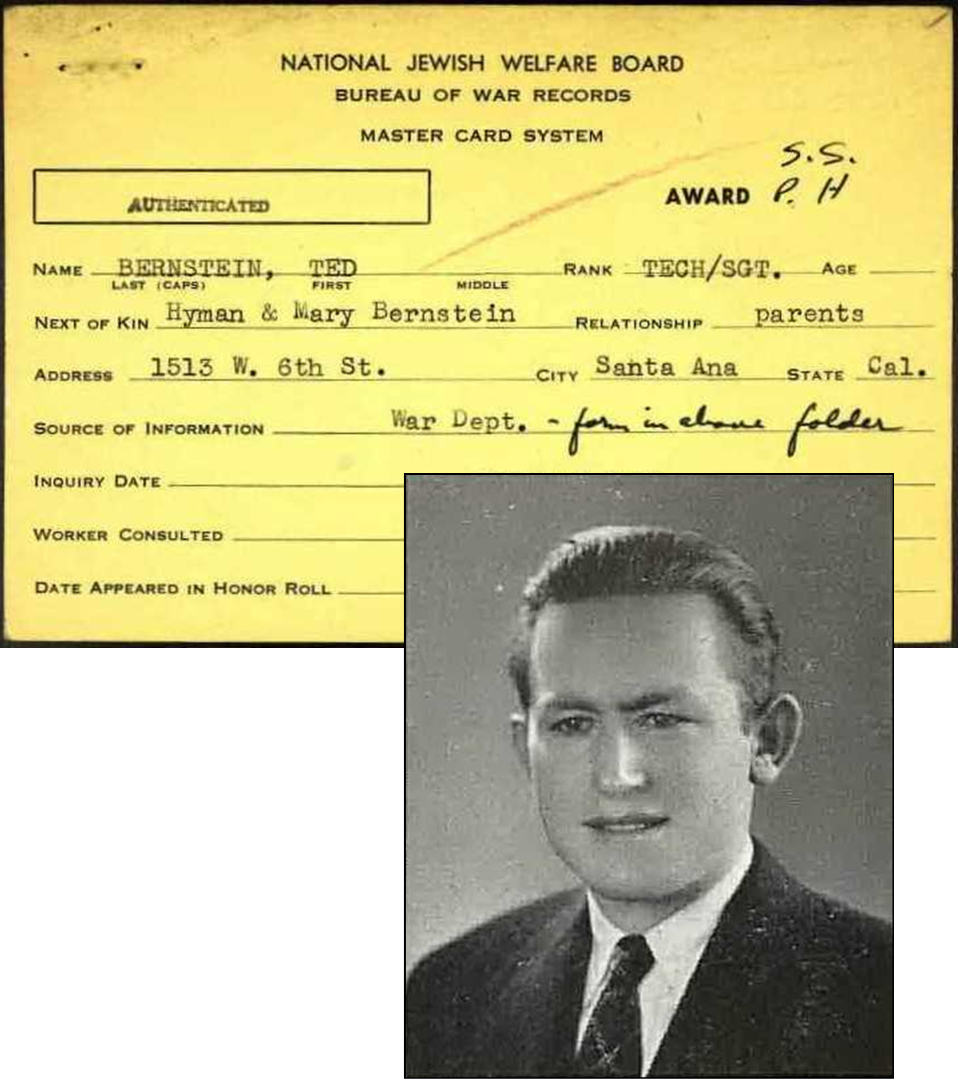 Theodore (Ted) Bernstein was born in New York City in 1920 and later moved with his parents Hyman and Mary (née Ducker) to Santa Ana, where younger brother Robert was born in 1926. His father and Uncle Philip were in business together as Bernstein Bros. Poultry, selling chickens and eggs first from their garage and later from a large lot at the corner of West 5th and Fairview. Ted attended three years of college, majoring in chemistry at UCLA, before signing up for WWII in December of 1941. Assigned as a radio gunner, he was killed in action on May 30, 1943 when his plane was shot down while on a combat mission off the coast of Tunisia. Only 22 years old when he died, he was posthumously awarded both the Silver Star and Purple Heart. His memory and service are commemorated at the North Africa American Cemetery in Tunisia as well as the San Francisco National Cemetery.