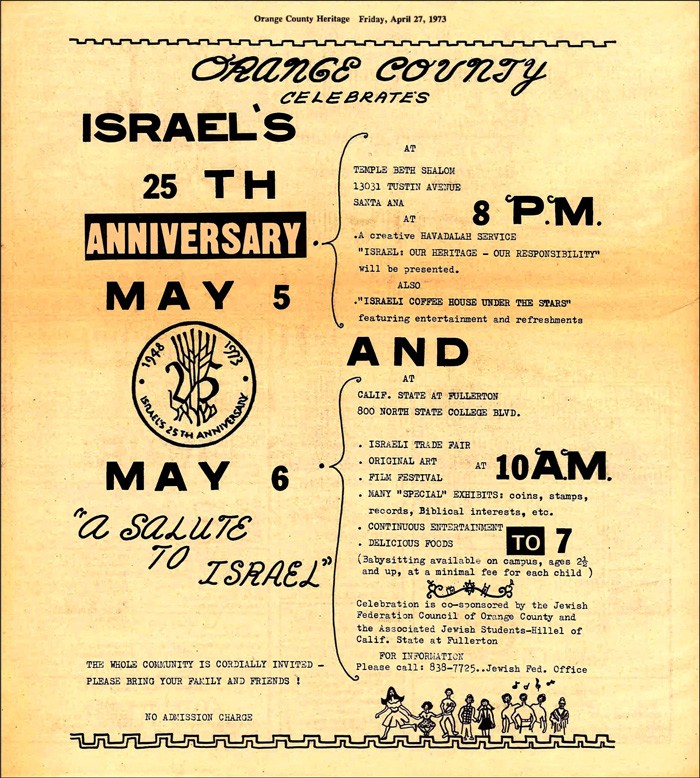 On May 6th, 1973, Orange County held its first ever community-wide celebration of the founding of the state of Israel. Called “the largest event ever planned by the Jewish community,” it was created by Ken Levin, Federation’s first executive director, in honor of Israel’s 25th birthday. Then, as now, admission was free, and it drew thousands of participants to its Cal State Fullerton location. Co-sponsored by the Jewish Federation Council of Orange County (Federation’s official title at the time) and CSUF Hillel, it was so well received that it became an annual event. The Israel Fair eventually became the Israel EXPO we celebrate today, and this year marks its 40th anniversary.

In honor of that, Jewish Federation & Family Services Orange County is planning an exhibit commemorating 40 years of honoring Israel. If you have any photos, brochures, newspaper clippings or items relating to the Israel Fairs, please contact the Orange County Jewish Historical Society.